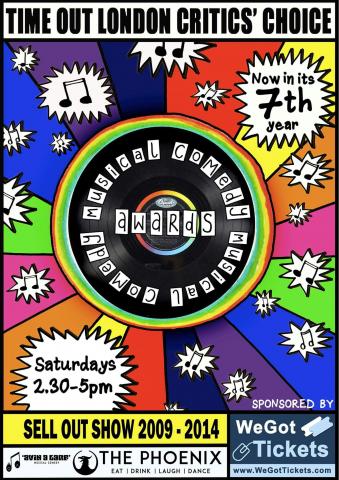 Hosted and headlined by the incredible PIPPA EVANS!

Pippa Evans is an award-winning comedian, actress, songwriter and improviser. She has taken four critically acclaimed solo shows to the Edinburgh Festival Fringe, bagging a Best Newcomer Nomination for her debut hour, Pippa Evans and Other Lonely People. At Edinburgh in 2010 she unleashed her alter-ego Loretta Maine, a sexy and psychotic American country and western singer-songwriter for a full show of her own Loretta Maine: I'm Not Drunk I Just Need To Talk To You and 2012 saw Pippa take a new hour of Loretta, Loretta Maine: Bipolar to the Fringe, which garnered a slew of 4 and 5 star reviews and played to packed houses throughout the Festival month. The show was also invited to the Soho Theatre in London for a five night run in Spring 2013, before Pippa jetted off to Australia to make her debut at the Melbourne Comedy Festival.

Funniest show yet, with miserable songs with superbly witty lyricsFabulously talentedHer brilliantly realized comedy shows maturity well beyond her yearsHer psychotic yet sexy American singer is a thing of hysterical beauty
TIME OUT

Beautifully bitter lyricsTruly impressive one-liners...inspired, quotable pearls of wisdom.Fine comic writing underpins her flawless, perfectly timed performance. She's a relative newcomer, but has certainly got the talent for a sustained and stellar career in comedy
CHORTLE