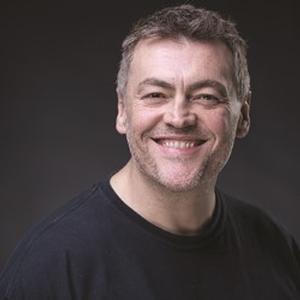 He voices characters such as Sebulba from Star Wars: Episode I – The Phantom Menace and Postman Pat. He can also be heard as the Earl on Cartoon Network's Skatoony, as well as comedy sketches for BBC Radio, including BBC Radio Scotland's Off the Ball, Bigipedia for BBC Radio 4, Newsjack for BBC Radio 7, Mario Abdullah-Levy in the BBC Comedy Series Look Around You and Mr. Happy (singing voice) and Mr. Stubborn from The Mr. Men Show. He also provided the voices of Principal Brown, Rocky Robinson, Mr. Small, Miss Simian, and the Doughnut Sheriff in season 1 of Cartoon Network's The Amazing World of Gumball.

He was also the original voice of the main character and protagonist Bimble in the first season of CITV, HTV and Martin Gates Productions's animated series Bimble's Bucket. When the series returned for a second season he was replaced by Paul Panting.

He is currently the voice of Postman Pat, replacing Ken Barrie, who died in July 2016. He is the voice of the advisor in the video game "Theme Park World" - released in 1999.

His acting credits include 16 Years of Alcohol and The Purifiers directed by Richard Jobson as well as Happy Holidays and Terri McIntyre for BBC Scotland.

He is also a mimic, with a voice range including Bill Clinton, Barack Obama, Christopher Walken, Gordon Brown, Boris Johnson and George Galloway.

Since 2014, he has voiced various characters in Dead Ringers, numerous celebrities in ITV's Newzoids and various animals in CBBC's The Zoo.

In the simulation game Planet Coaster, he voices the entertainer King Coaster.

MacLeod played the Paul McCartney character in the Beatles sketches in the third series of Harry & Paul for the BBC.